Our regular marshmallow Easter eggs contain two non-vegan ingredients in the actual marshmallow: gelatine and egg white. They’re also not suitable for vegetarians, Hindus or Muslims (due to the gelatine) or pregnant people (because the egg white is raw).

For the vegan ones, the gelatine has been replaced with agar agar (which gets boiled in with the sugar as it doesn’t work unless you boil it for a bit) and the egg white with aquafaba (chickpea cooking water). Various proportions needed changing to get a good texture, although the clincher was changing the cooking method. Instead of beating the sugar/agar agar mix then folding in beaten aquafaba, the sugar mix is drizzled onto beaten aquafaba with continuous beating. I’m not sure why that makes such a difference, but it led to a vastly fluffier product :-) The idea for that came from here. 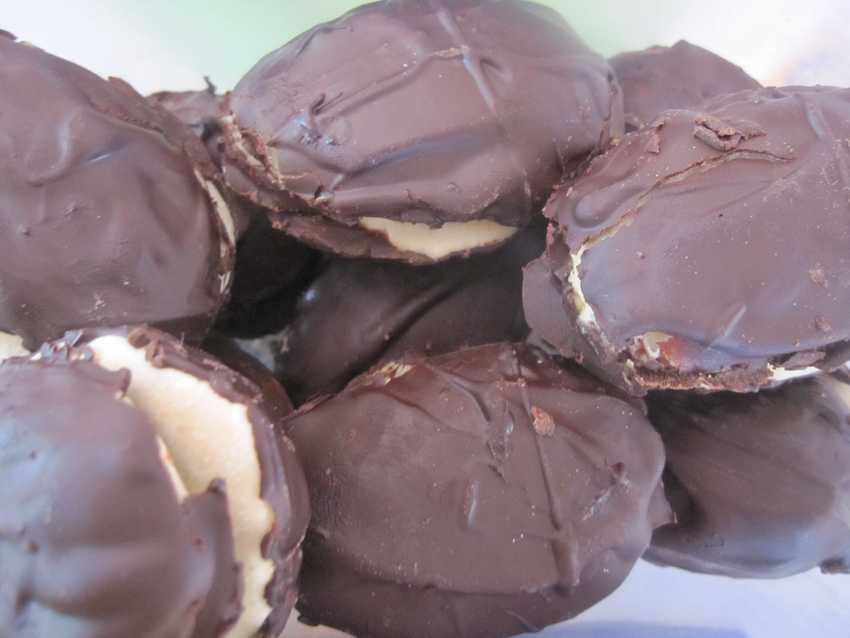 Gives approx 24-25 eggs. They will keep 1 week at room temperature, 1 month in the fridge, indefinitely in the freezer.

NOTE: Vegan marshmallow slowly absorbs water from the air. It’s important to chocolate-coat the half-eggs within a day or two - if you leave them longer the extra water will make them fragile and handling them will destroy their structure.

Photos of the process

Tray of flour with egg-shaped depressions, ready to use as a mould: 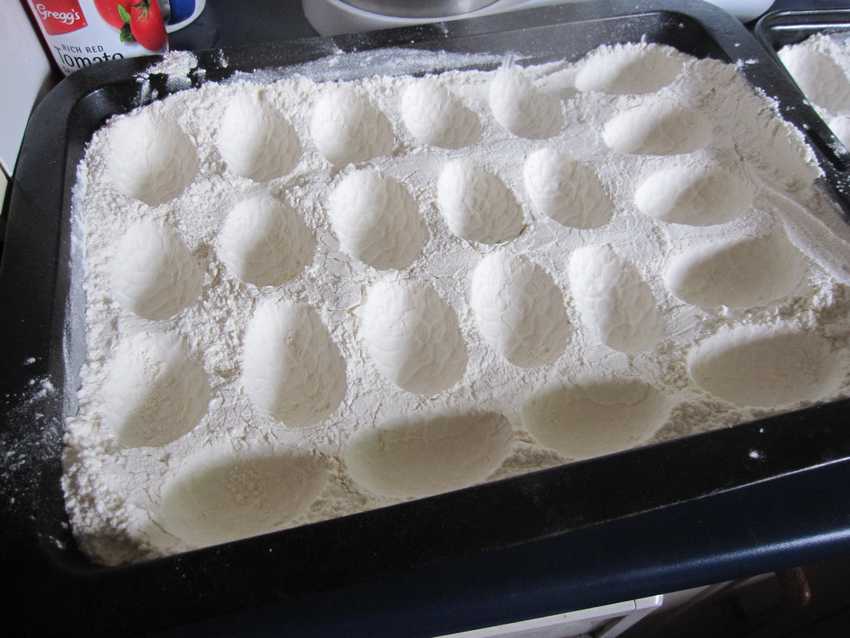 Rather than an actual egg, I use this egg-shape with a handle to make my flour moulds. It’s made of Das modelling clay, formed in an Easter egg mould. It’s a lot easier to handle than an actual egg! A spoon is another option. 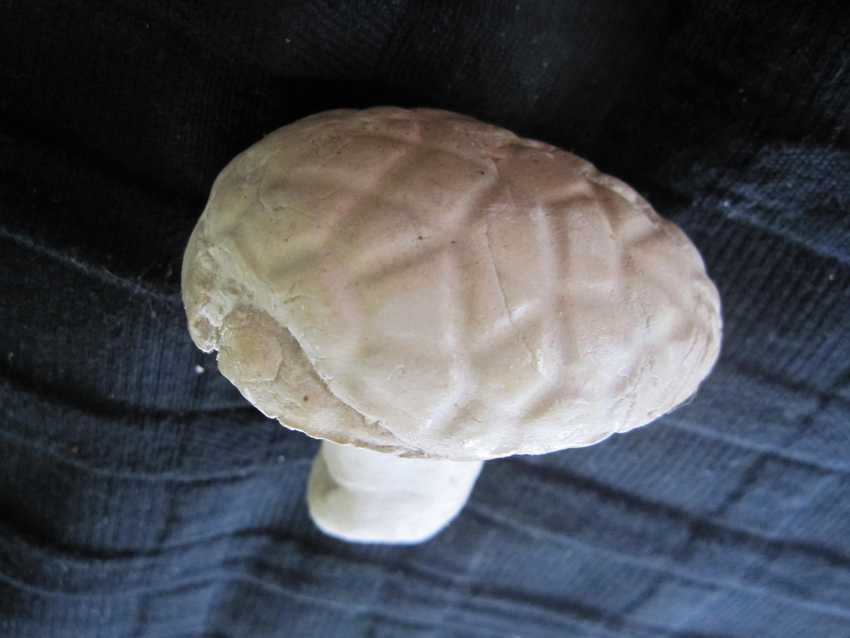 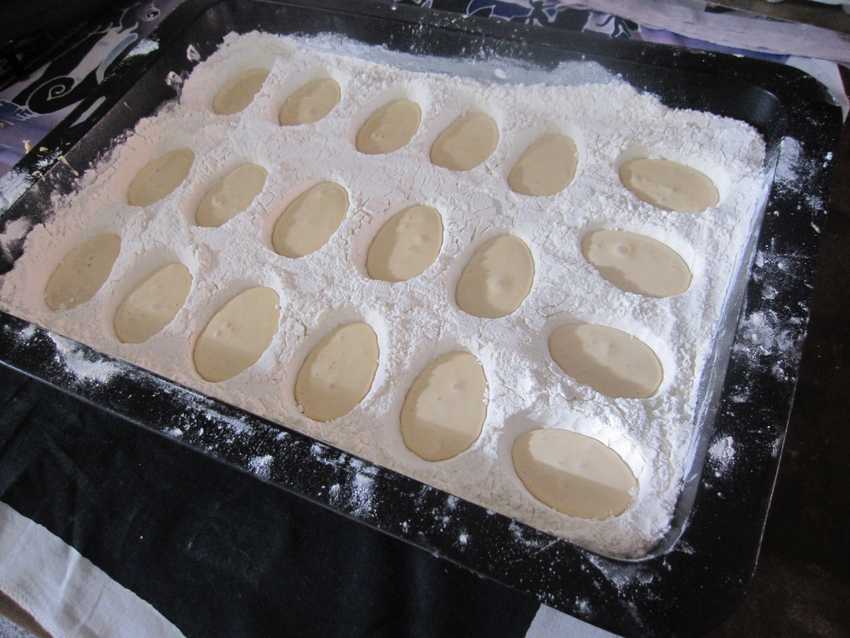 Ready to dust the flour off the half-eggs 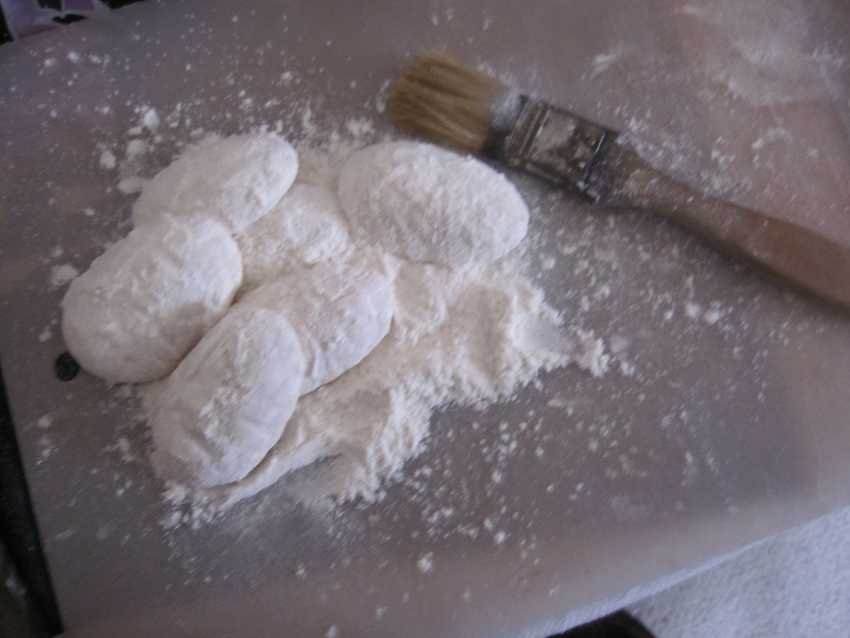 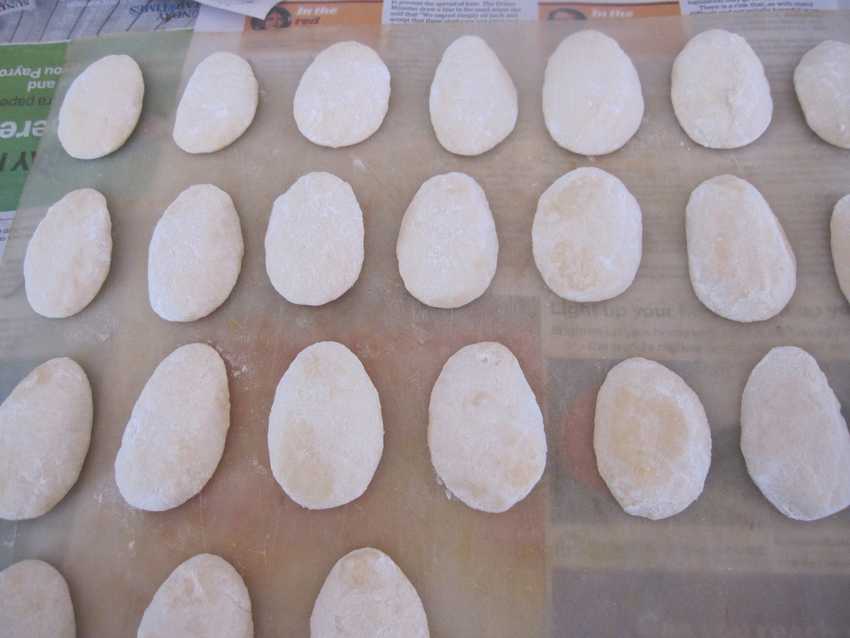 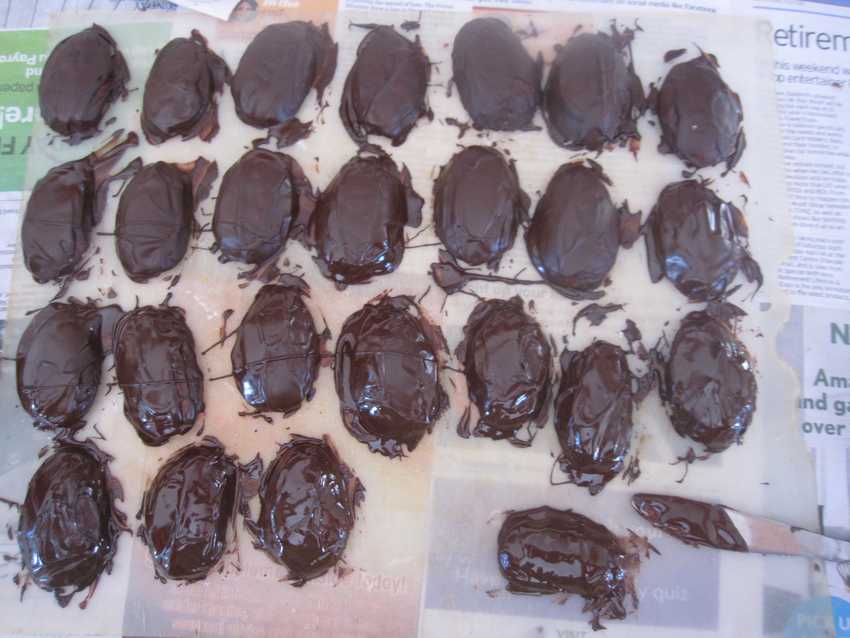 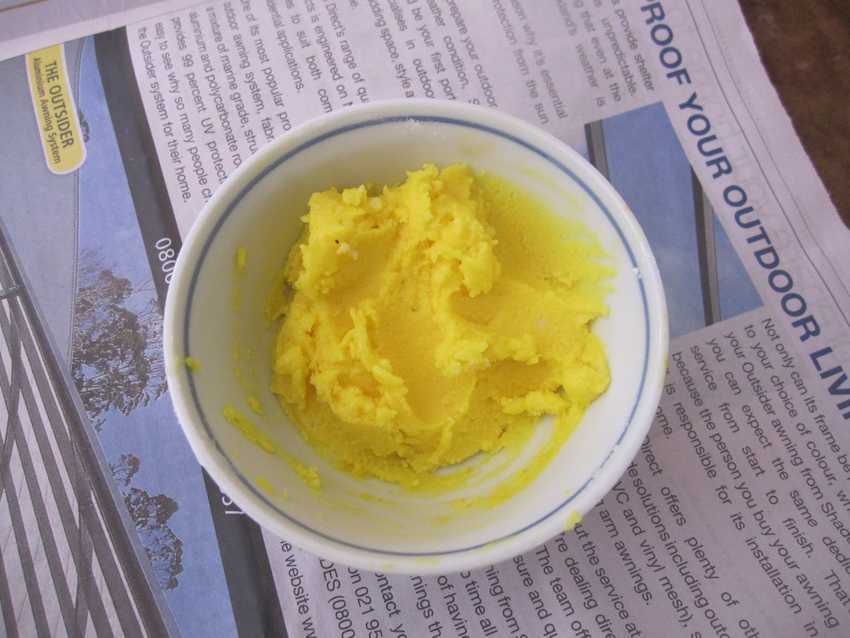 Half-eggs in egg tray with blobs of yolk paste 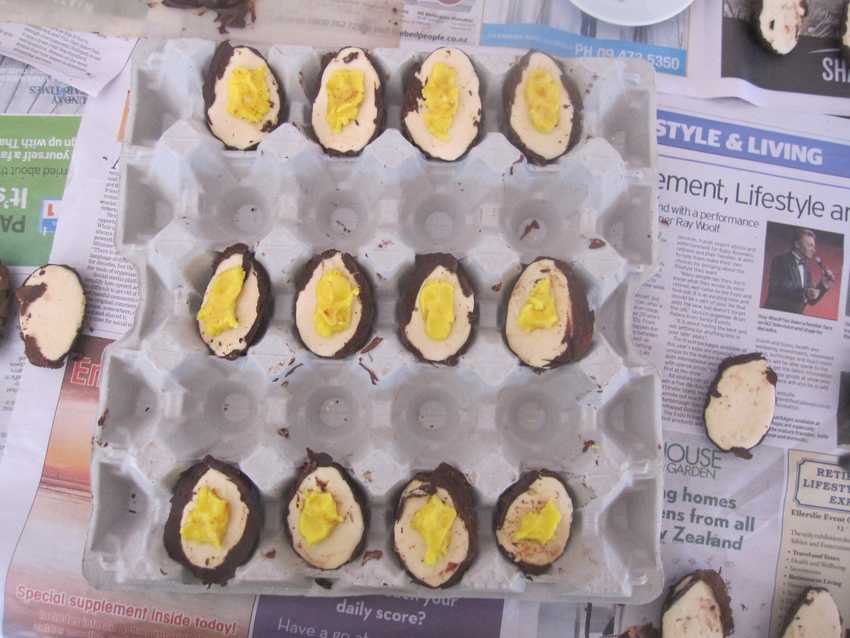 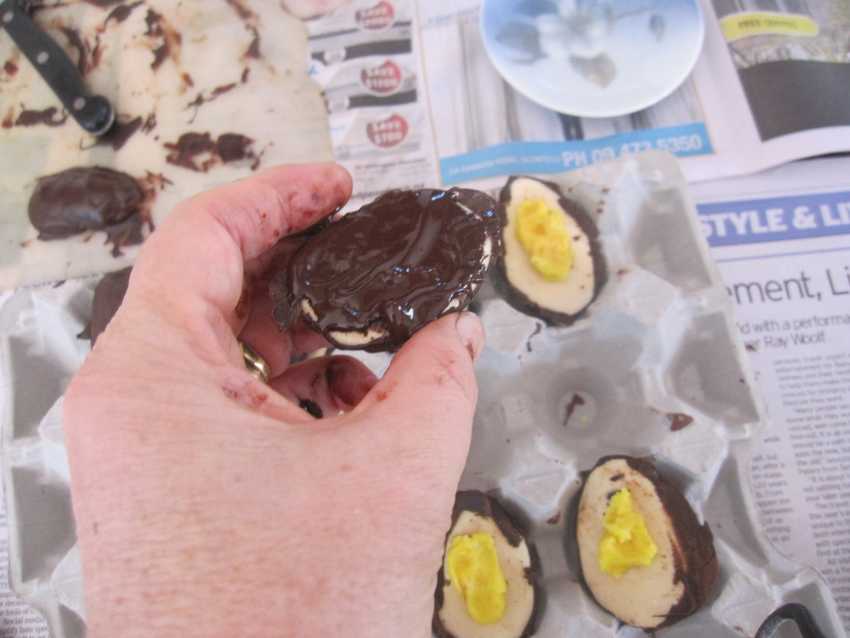 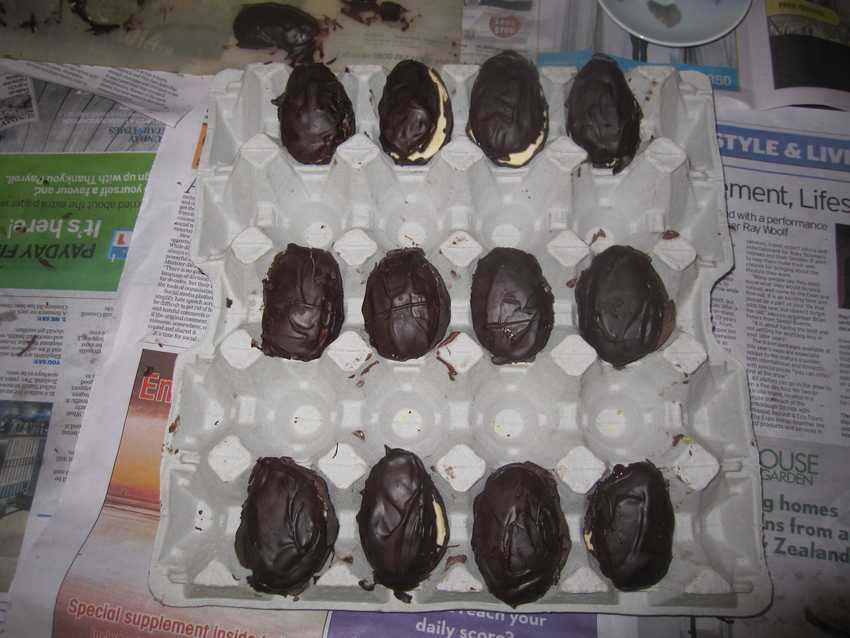