Three weeks ago Martin, Anna and I (Heather) attended the Fairfield Conference: a conference trying to encourage social justice through ethical trade. We had a table there for Just Kai and I also gave a talk. 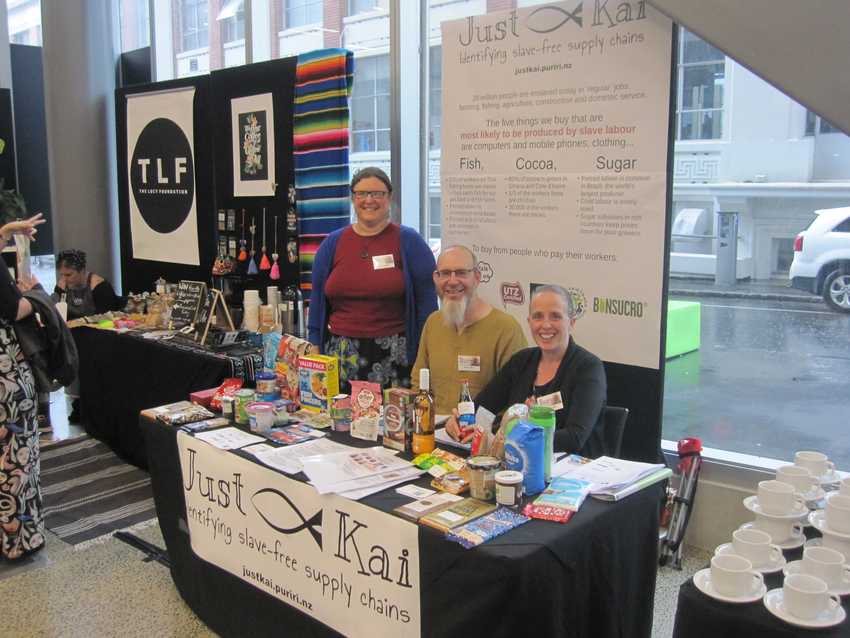 It was a more focused crowd than the Justice Conference back in November, with most participants either actively involved in some kind of ethical trading activity or were dreaming of starting something. We quickly learned, when people approached our table, not only to tell them about what we were up to but to ask them what they were doing as well, and heard many interesting stories :-)

The conference was over two days. The first day was more aimed at helping businesses become more ethical in their practises; the second was more aimed at things ordinary people can do - ethical buying and advocacy. In practise there was a fair bit of overlap across the two days and most people attended both.

My talk (available here) was on the first day. I pitched myself as a consumer who doesn’t want to buy products produced by slaves, and asked them to help me in this. Firstly, I urged them to add ‘slave-free’ to their list of ethical concerns, should they not already be doing so (I find it’s very common for companies to have deep and sincere commitments to environmental sustainability whilst being very unaware of worker welfare issues). And then, to those who are already doing that, I asked them to do three things:

I finished up with a quick overview of my Just Kai buying advice. 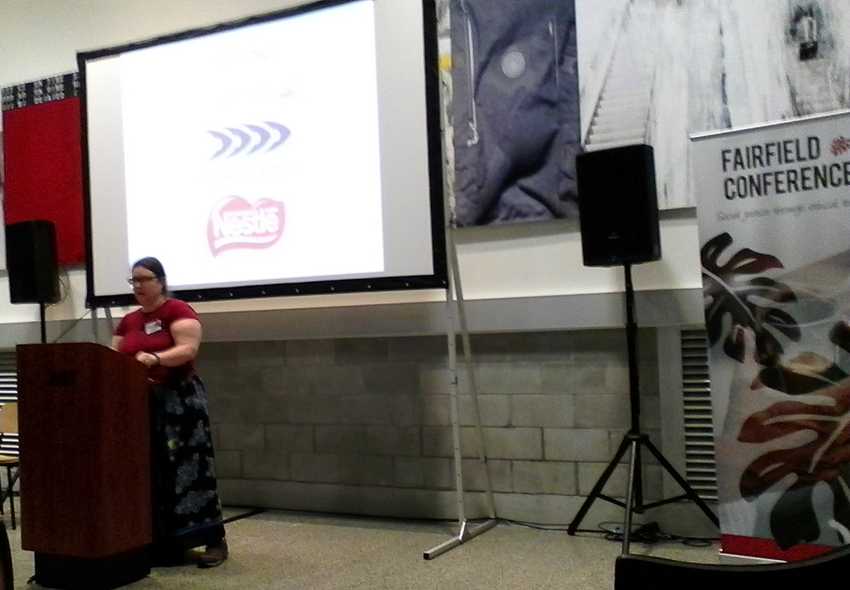 It seemed well-received. One of the small business owners there even told me that she was a bit shocked by what I had to say and will definitely be asking more penetrating questions of her suppliers in the future :-)

We had a lot of interest at our table: we probably spoke to most people who were there and about 40 took away either a business card or some of our buying guides. One couple both made a point of coming up to me and saying they’d been really encouraged to realise what ordinary people can do in terms of asking questions of companies. And one lady who’d been pretty antsy on the first day when she saw all the Nestle products on our stand (she’d been a lactation consultant in the 80s, back when Nestle truly were being appalling in their infant formula marketing), came up to me late on the second day and told me I’d given her lots to think about :-) 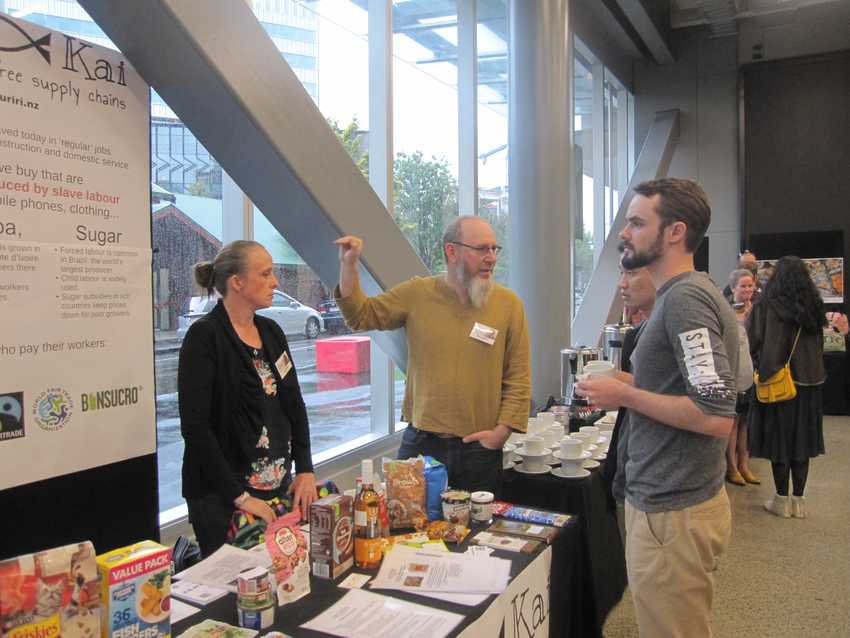 Of the other speakers, I particularly appreciated: 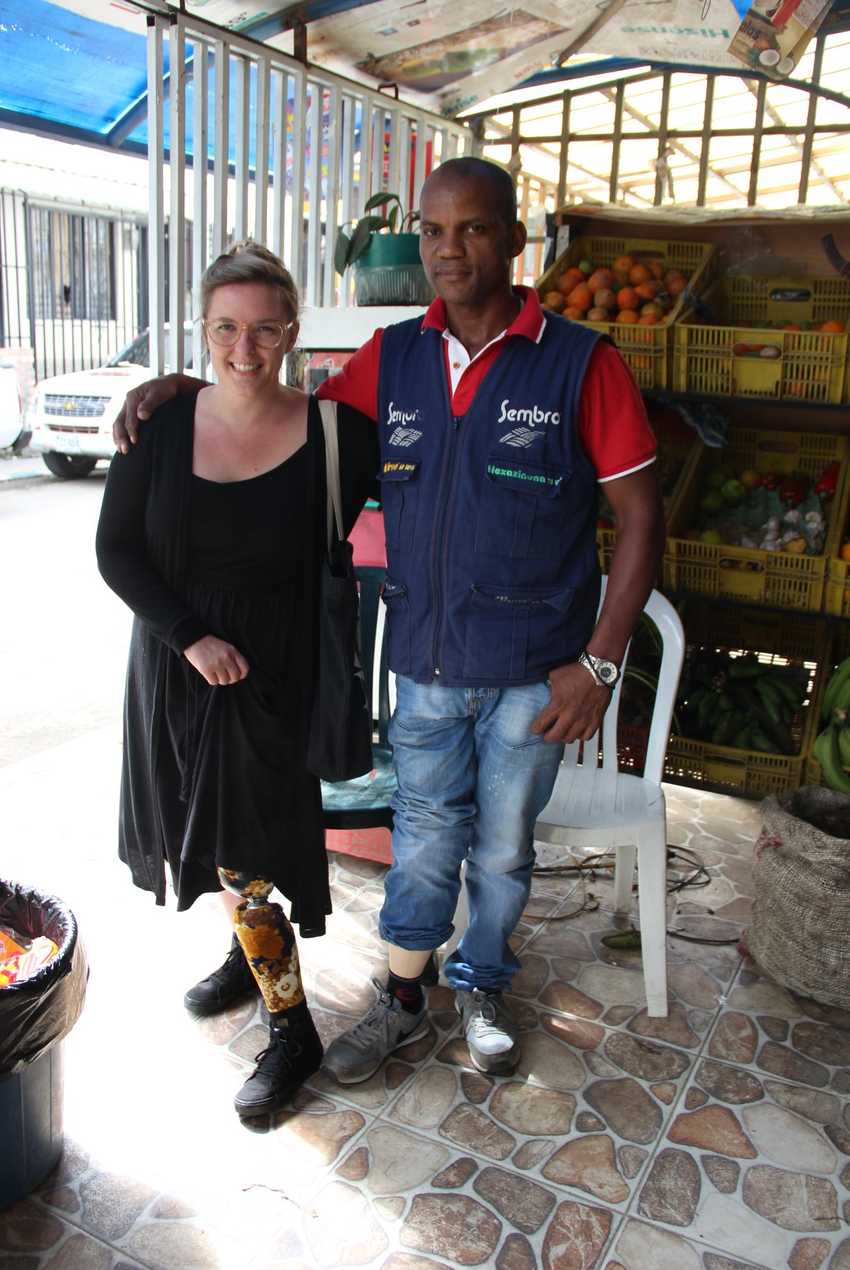 Robbie (on the left, in a photo I cadged off Facebook) also has a really fun prosthetic leg :-)

I’m really pleased I went: both for the engagement there was with Just Kai and for the interesting things I learned :-)